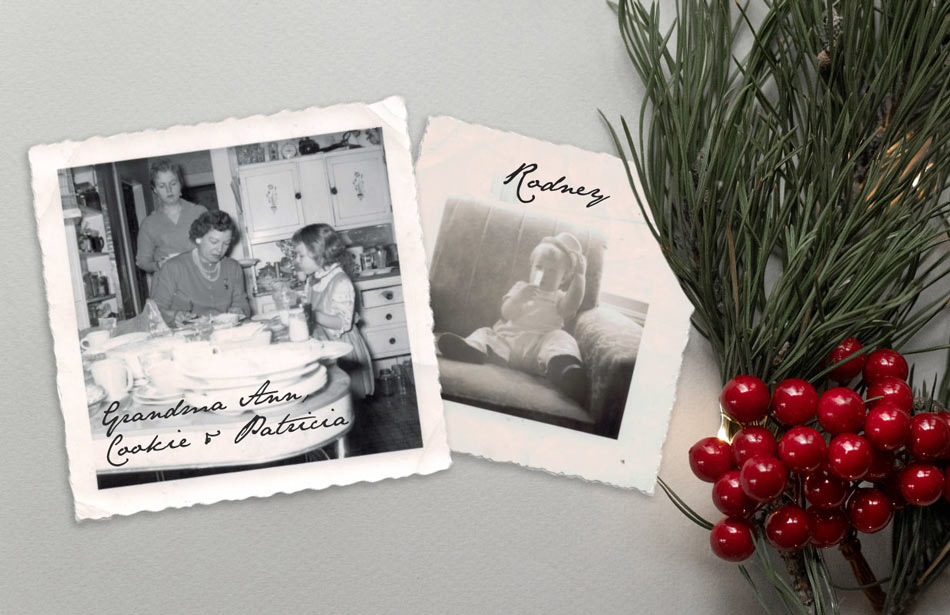 So, are you wondering at this point, how on earth Ann managed to get all that tinsel out of the house?  If you read the blog for “O’ Tinsel Tree” you would know that the Christmas tree was a shiny shroud, and by now the tree is a week old and maybe a tad bedraggled.  After New Year’s Day, when more family has arrived for food and visiting, tinsel has been drug to all corners of the house.

By the second week of January, Ann begins thinking of taking down the decorations and the first things that got to go?  The tinsel tree, the live garlands that have been covered in tinsel, as well as all plants, wreaths, and flowers that have also been shrouded in tinsel.  How can something she loves so much, quickly come to be something she can’t bear to look at anymore.

Looking around their home, there are plates of half demolished cookies, bowls of sticky candy, and wilted Christmas flowers on the windowsill.  You would think that there would be a sort of let-down after the build-up of so much anticipation during the weeks prior to Christmas.  You have to look past the outward appearance of the demolished cookies and wilted flowers and look to the meaning of the appearance.  They all look this way because of family.  Family was present, together, and had a fantastic time.  Now, they look to a new year with hope. 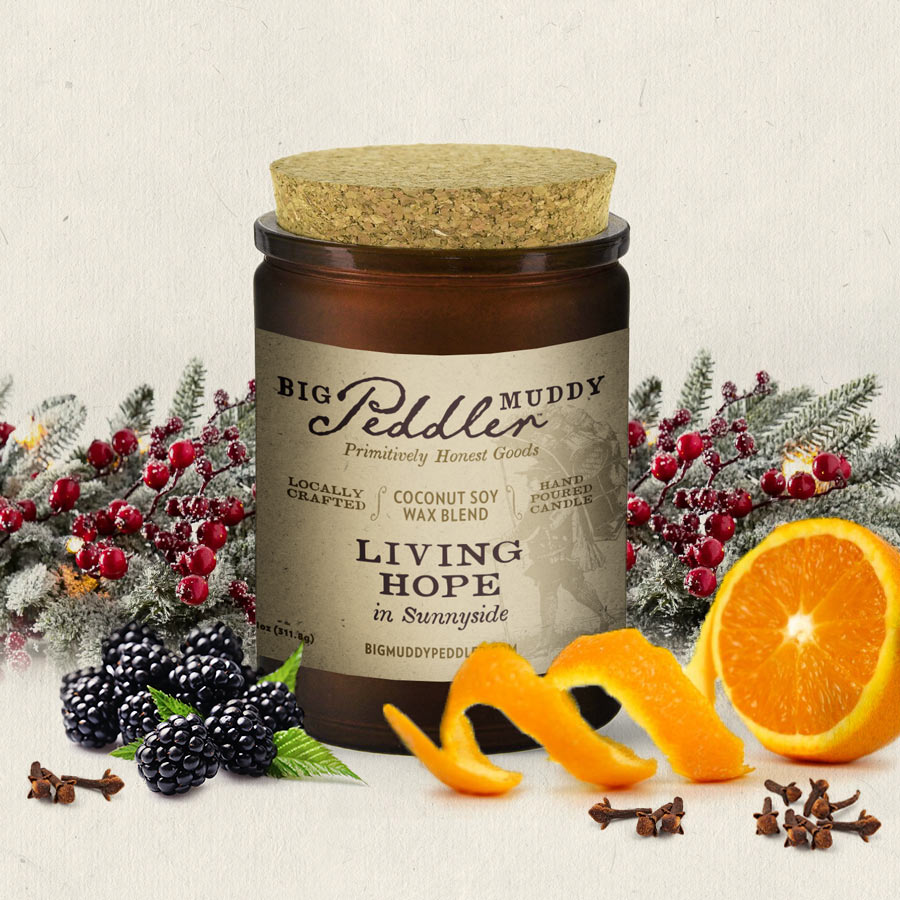 The residents of Sunnyside had a rather fun activity that solved the issue of the tinsel tree.  This may or may not be how households across America at the time dealt with this issue but it worked here.  The tinsel tree was dragged out of the house to the road and set afire.

“Hurry up Rodney!”, Bonnie shouts to the back of the house. Frantically putting on her coat while stuffing her feet into her boots all while trying not to fall over, “Everyone’s already out there, I’m not waitin’ on you”.  Rodney was not cooperating, pulling him away from his new farm set was easier said than done.  Grabbing her scarf, she quickly wraps it around her neck for warmth against the bitter wind and stuffs her mittens into her coat pockets.  She can put those on as soon as she gets outside, she thought.  Cookie and Colleen were already there waiting.

Bonnie runs outside to meet up with the girls, “Where’s Rodney”, asks Patricia.  “Still inside”, Bonnie huffs.  Patricia sighs turning to head back inside to round up the little rebellion.

Bonnie grabs Cookie’s hand and squeezes.  She is so excited, she can’t wait to see the tree all lit up with the flames reaching high into the air.  Sparks shooting into the clear night sky like the bottle rockets the Davis boys set off in the old milk bottle last July. Bouncing on the balls of her feet, Cookie grins back at Bonnie.

Bonnie looks down the street and she smells the balsam fir, vetiver and garland greens on the air from the neighborhood depositing the remnants of their Christmas season out on the road.  She loves that smell, especially when she can pick up the scent of the tart red berry smell from the winterberries on the frozen bushes lining the porch.  Suddenly the front door opens and the top of the tree appears through the doorway, a very heavy scent of sweet orange peel and deep clove bud floats out on the draft reminding her of visiting with the family and friends that stopped by during Christmas to enjoy all the delicious desserts.

The girls began cheering as Ann, Grandma Della, and Grandpa Harry not so much carried, as they dragged the tree to the road.  A trail of tinsel and pine needles left in their wake.  The tinsel will be buried in the snow only to be noticed in various trees when spring comes, as birds will pick it up for nesting.  On sunny days, winks of sunshine will come from the trees as the sun reflects off the tinsel, as if the forest has been bejeweled with tiny diamonds.

As evidenced by the trail of needles, the tree was so dry and when lit, it burst into a flash of bright orange and red and the tinsel began to sing.  Eyes sparkled with wonder and mouths dropped wide open with awe at the sheer sight of all those trees lit up and down the street.   As the metal of the tinsel heated up, it shriveled so fast and made various zinging noises.  The tinsel tree became its own musical instrument singing a song of hope for the new year.

When Bonnie remembers that tree and its melody of hope, she wonders on its significance as a Living Hope.  The melody sang out for prosperity and health, love and joy, and gave a sense of promise that settled into the soul.  The promise that they would all return next year to hear again the song of Living Hope.

What does a new year mean to me?  That is a very open-ended question I should think.  However, isn’t it a question we ask ourselves every year? It’s a valid thought to wonder about the new year and what could be in store.  After all, Christmas has wound down and we are settling in for the harshest part of the winter and we naturally begin to look to that quiet part of ourselves and realize another year has flown by and here comes that question again.  Living Hope, implies ongoing hope, it’s living, it’s just right there, we only have to reach out to take it.  No matter what is happening right now in our lives, the spring will come, and along with it, the sun.

Hope is a pretty powerful emotion.  I don’t know how other religions refer to Hope but it’s mentioned in the Holy Bible about 129 times.  It’s considered one of the most important virtues of being a Christian.  In I Peter, God refers to Jesus as a Living Hope.  On New Year’s Day, I think hope would probably be the most thought about emotion in every human being’s mind, no matter the religion, simply because it’s the reset day.  The do-over day.  We made it through another year and we get the chance to try one more time to meet those goals we have been setting for ourselves year after year.  If you happen to be one of those people who were fortunate enough to attain what you hoped for this year, I applaud you and I am thankful for your blessing.  I can honestly say that I am about 50/50 so, not too shabby.  Of course, I do place my faith on the Living Hope and the 50% that I did receive was His will, and I am thankful for that.

Bonnie and Cookie’s Living Hope at this point is the continued strength in Ann, their growing faith in God, and the healing He had brought to their fractured family. It would be many, many years before Bonnie realizes the true meaning of what the Living Hope did for her and their family and that He truly walked with them all of their lives, but that’s ok.  I should think that is true for most of us.  What’s that old poem about looking back in our lives and we see two footprints in the sand except during the hard times?  We think we are alone, but in reality, we are being carried.  That’s Living Hope.

Sign in Create an Account
Lost your password?
Select the fields to be shown. Others will be hidden. Drag and drop to rearrange the order.
Click outside to hide the comparison bar
Compare
Shopping cart close