Is It Primitive Or Is It Farmhouse? 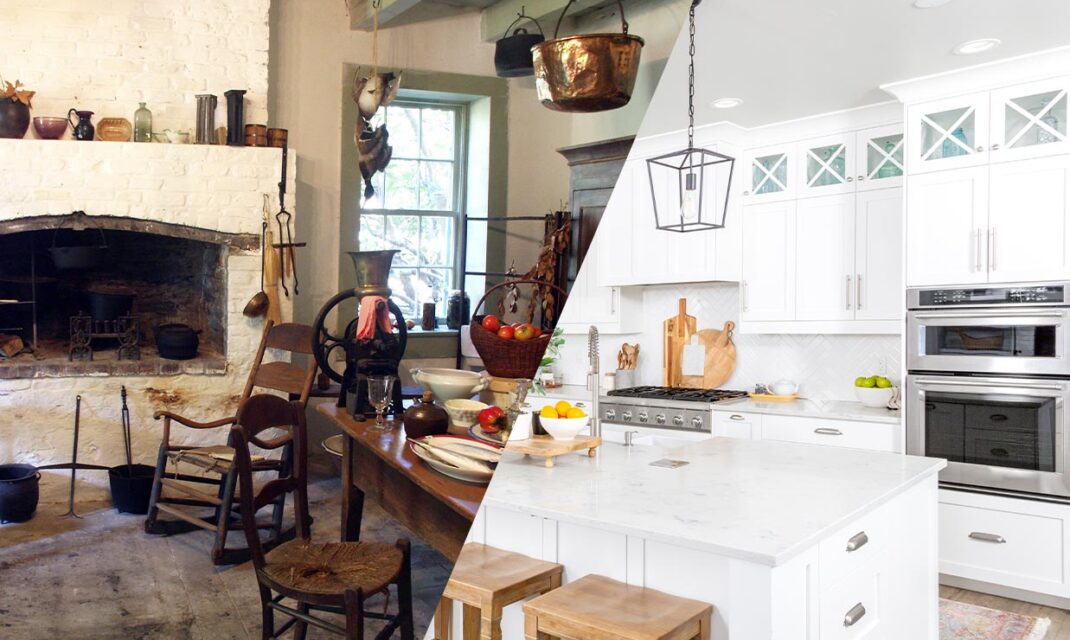 Many people have visited my home and said, “I love the farmhouse look of your house”.  On the inside I am cringing because I want to say, “my house is not farmhouse, its primitive”.  I don’t usually correct them, because I have a wide range of décor that does span the entire “Farmhouse” style so to speak.  And if I were to correct them, I can guarantee up to 99% certainty, that their next question will undoubtably be “Well, what’s the difference?”.

Farmhouse is actually a catch all phrase used in general for décor that has the old-timey feel.  In reality there are different categories that have very specific nuances that separates them from each other.  These categories can fall into, and used as, Farmhouse but you can’t take the actual farmhouse and call it Primitive or Rustic, etc.

Let me explain, although I am not an interior designer, I have sort of worked it out in my head for the benefit of those wanting to understand the differences.  I do not know if there is an overarching term for this spectrum of styles that encompasses Farmhouse, but I do know that retailers cash in on the term and use it for everything to the point that it is used synonymously.  Within the Farmhouse décor style I feel there are six different categories:  Primitive, Rustic, Farmhouse, Country, Traditional (Antique) and Shabby Chic.

Primitive is the far left because, well, it’s the most primitive.  Primitive décor will include simply made décor form the Colonial or early American era.  It will include muted colors such as Brick Red, Mustard, Navy, sage, black, etc.  Each piece will have had a use in the home of the pioneer.  The décor is normally flawed in some way, such as off angles, incorrect stitching, or aged finish.  Also, items will be made from recycled materials such as barnwood, burlap sacks, tobacco cloth, old wool or quilts, etc.  Or items could be made out of new materials and then aged to look very old. Finally, primitive will rarely be something decorative.

The pioneers were farmers not furniture makers and pioneer wives may or may not have been able to sew or purchase the necessary things needed to make curtains, dolls, pillows and such.  They didn’t have the time to make anything special.  Whatever they needed, it had to be done quick and made from what was available, because their number one priority was farming.

Rustic would be the next step up from primitive décor.  Rustic does look primitive however, they will be made from natural materials.  For instance, tables will be made from non-milled wood and may or may not still have bark.  The colors will still be muted dark colors.  Textiles will be wool, burlap, pillow ticking or unrefined muslin.  Also, the décor will include pine cones, gourds, dried fruits, herbs and nuts, etc.  Rustic may also include some items that are decorative to the home as the wood may have some carved elements to it.

Next, would be Farmhouse.  The actual Farmhouse décor are items made of lighter colors mostly whites, pale yellows and grays.  Materials usually include milled wood, galvanized metal or enamel.  Textiles would include buffalo check, cotton blossoms and silk flowers.  The wooden signs people have would fall under Farmhouse.  The décor could also include upcycled items for example, old chairs hung on the wall as shelves.

Next, would be Country style.  Country is a lot like Farmhouse however, we now will include bright reds, blues and greens.  A lot of the décor will center around farm animals, ruffles on the curtains, and braided rugs.  Upcycled items would include old tins used as canisters.  The signs would be old advertisements or cute sayings.  Metals will include galvanized but with other additional iron that has plenty of rust.  Textiles would include gingham and patchwork quilts.

Traditional is a wildcard and could be considered its own spectrum, because you can break it down with its own categories like Colonial, Victorian, or Art Deco.  Traditional includes straight antiques throughout the house.  The pieces are restored and maintain as new as possible.  Textiles would be heavier fabrics like tapestry.  Colors would be in a wide range but mostly you will have a lot of woodwork and stained glass along with the restored furniture.  Metals would include iron, mostly painted, and there are very few items that would be upcycled.  Each item is being used as it was intended when made.  Other material used would be porcelain for items like, door knobs, lamp shades and Knick Knacks.

Finally, is Shabby Chic.  This style is on the farthest side of the spectrum.  Shabby Chic will take old items and paint them.  Usually painted with milk paint or chalk paint and most likely have a crackle finish.  Textiles will include canvas and muslin, feed sacks, and chenille.  Almost everything in Shabby Chic is upcycled.

Sign in Create an Account
Lost your password?
Select the fields to be shown. Others will be hidden. Drag and drop to rearrange the order.
Click outside to hide the comparison bar
Compare
Shopping cart close